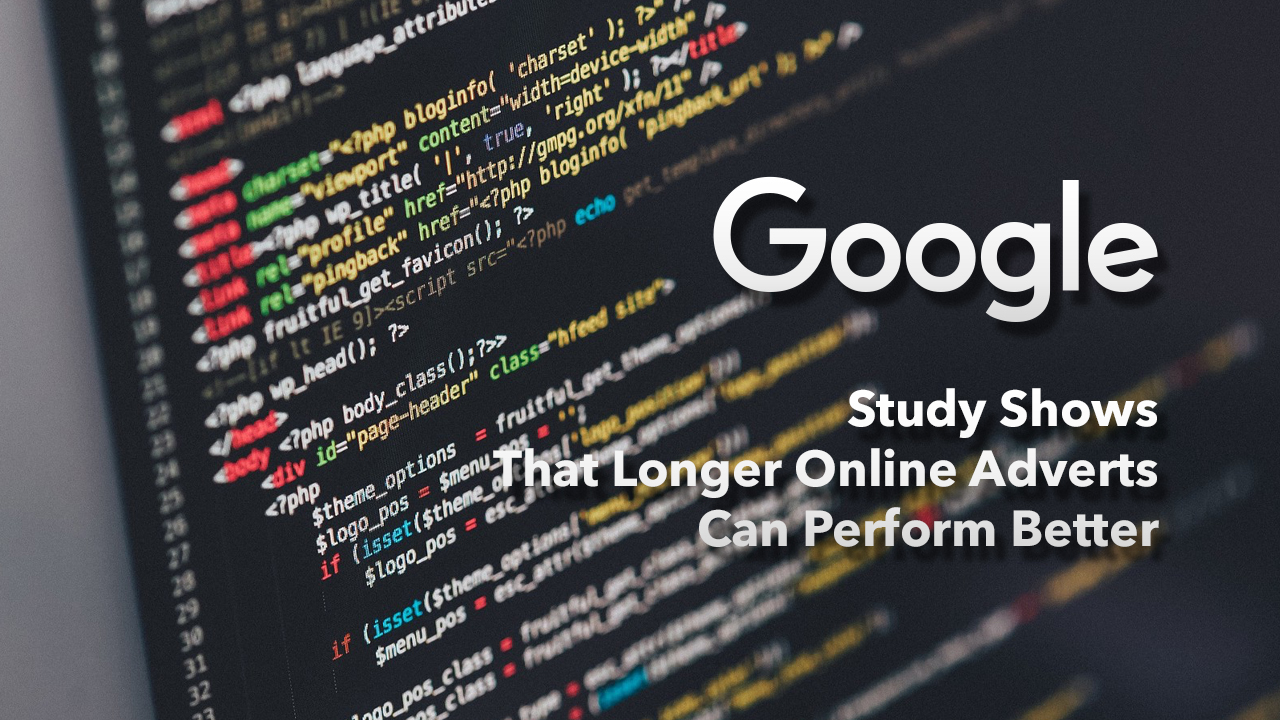 A recent prediction has claimed that digital advertising spending could reach a staggering $335 billion by 2020. With so many companies investing in digital marketing, it’s important that you’re making your advertising as effective as possible if you want the best return on investment. Over the years, marketing and digital experts have almost unanimously agreed that when it comes to online video ads, shorter is better. But is that necessarily the case? A recent study conducted by Google seems to suggest that actually when it comes to online video, long-form content is more effective. We’re analyzing the study and what this could mean for the future of online video ads.

The theory behind ‘short is best’ for online ads could actually stem from television adverts. Initially, television adverts were sold in 60-second slots, but as demand grew, shorter slots of 30 seconds and 15 seconds were introduced so that smaller budget companies could afford to purchase them. When analyzing the data, it was discovered that the 15-second adverts were about 75% effective as 30-second adverts but cost half the price. Financially speaking, shorter ads just made more sense.

It seems like some of this mentality may have influenced the length of online video ads, but there is more substantial research to back up the claim. Web users interact with online content much differently than they do other forms of media. The internet allows viewers much more control over the content they see, meaning that web users have more opportunities to turn off or dismiss an ad if it doesn’t appeal to them. For that reason, longer adverts were deemed to be more of an irritant and more likely to be dismissed than a shorter advert.

On top of that, online users generally want instant gratification when they browse the internet. The ability to get instant results has to lead to a generation that has short attention spans. Long ads will simply bore the viewer. This is a crucial point because these short-attention web users are also the most in-demand demographic for brands: the young adult. Younger adults, aged approximately 18-30, are the biggest consumers and offer a higher lifetime investment than older generations so the fact that these web users are the more likely to be negatively impacted by long adverts was the biggest reason why short-form ads were preferred. In 2017, adverts were typically less than 10 seconds long. Facebook adverts between 3-10 seconds long were the best-achieving adverts. This means that Google’s research categorically denies what marketers and advertisers have believed true and employed over the years.

Google tested 3 different versions of the same online advert on Youtube. The short version was 15 seconds long, the medium version was 30 seconds and the full-length version was 2 minutes 17 seconds long. The results showed the short, 15-second ad was actually the most skipped. The 30-second advert was the most-watched while the longest ad fell in between. However, the viewers who did watch the short ad were not able to recall the details of the brand and the ad better than those that watched either of the longer adverts. Does this mean that shorter ads are indeed better even though they are the least viewed?

Well, not necessarily. While a quick 15-second advert may be the best option for raising brand awareness for lesser-known brands, they did not improve brand favorability. That is, while viewers may be able to recall the advert and the brand, they did not feel more favorably towards the brand. This means that a shorter online advert may raise brand awareness but fail to convert into sales. The best brand videos over 90 seconds evoke an emotion or deeper meaning. They give people a reason to watch a video in its entirety.

In comparison, both the 30 seconds and the full version of the ad Google tested added to brand favorability. In fact, the two longer adverts scored fairly evenly in terms of improving viewers’ opinions of the brand. Simply put, this means that while viewers may not remember every detail of the ad, they are more likely to form an attachment to your brand and therefore be more likely to become customers.

The future of video ads

So, what does Google’s study mean for the future of video ads? It means that the old fallacy of shorter is better is not necessarily true. While short adverts may still hold a purpose, long ads can be just as – if not more – effective than long ads. This means we can expect longer ads to be more prevalent online, especially on Youtube. It also suggests that online users may hold more of an attention span than previously assumed.

Long adverts are better at portraying a story and allow you to connect with your audience and explore your brand more so they can be hugely successful in expanding your company and reaching new demographics.

However, this does not mean that we can expect shorter adverts to disappear altogether. It’s important to bear in mind that Google’s study was only tested on one media platform. If the experiment was to be repeated on websites such as Facebook, the results may be completely different. Youtube viewers are online with the express intention to watch videos so they may not be put off by longer adverts whereas social media users are there to interact with friends so they may find long-form video content more of an irritant and have a negative reaction to long ads.

One more consideration is whether the content of the advert Google tested impacted the results. If the experiment were to be repeated with different content, would the results be different? For example, if online influencers were used as opposed to unknown presenters it may have a significant impact on its success

What’s best for you?

All in all, when it comes to online video ads, it’s a case of finding what works best for your company. If you’re a startup lacking in brand awareness or budget, a short ad could work wonders. If you’ve already got a fanbase behind you and have a larger budget, why not try a longer advert to reach a new demographic?