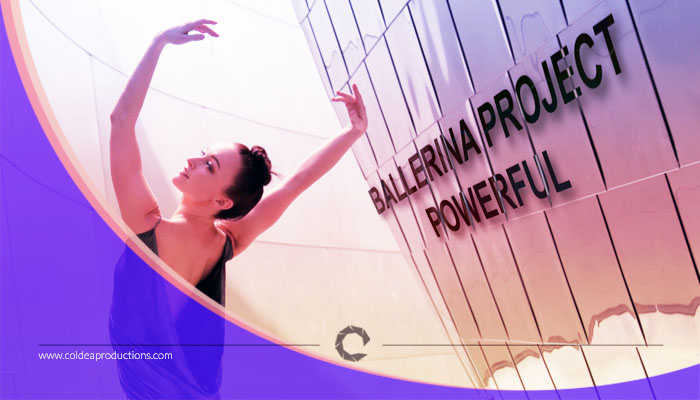 Masters of artistic communication, we create a visual voyage through the life of a human being, taking you on the evolutionary journey of womanhood with the use of multiple arts: ballet, fashion, architecture and music. By combining these sensory forms of communication, we transform your perspective, enabling you to step into the world of the protagonist.

With the incomparable skills of ballerina Nikiya Palombi in a transcendent wardrobe created by designer Lisa Jn Marie, we bring you on a journey through time. The composition of each scene sets her onstage, front-and-center, the leading lady in a play that is all her own. We seamlessly begin each scene the way the previous one ends, creating a fluid picture of the protagonist’s life.

Scene One: Set against the architectural backdrop of Asia, the birthplace of culture, a young girl appears as if emerging from a cocoon, surfacing from childhood and turning on the wheel of life. The avant-garde silhouette of her dress reaches out to the future as if to say that’s where she belongs, hugging her form except for soft/sheer netting below, where she flutters to break free, little by little. She moves through the Green Period of adolescence, turning like the movement of her young life, circular, yet forward, into adulthood. Arms outstretched, she welcomes what lies ahead with no reservation.

Scene Two: She immediately enters her dramatic story, becoming an active participant as the Silver Age emerges, where she engages a breadth of sensory opportunities she never knew. With mirrored images all around her, she can better see who she is as she moves through shiny corridors, fixing her attention, at times, on the movement of her own body. The young woman’s character becomes more developed as the sheen of her wardrobe creates continual reflections on walls that surround her. Then she eventually finds her place and plants her feet in a deliberate, fixed pose.

Scene Three: Accepting the sendoff of her younger self, the Golden Age protagonist brings the full force of her feminine self to the fore. As if bowing to the honor of her past, she lifts high to the sky, swaddled in gold and silver, which reflects her prosperity and value as a woman in this phase of life. She is ripe for marriage, and like the stripes of her gown, she is ready for shared responsibilities, forging a bond between her yesteryears and tomorrow. She never forgets the playful girl inside, but leans into an acquaintance with unknown territory as the journey takes her into a forward pose.

Scene Four: Collecting the hopes handed to her from gold and silver sources, the woman is enveloped in sheer panels of flowers, mature petals with colorful histories. As the wind breezes through this powerful portrait of a woman, she emerges in the Platinum Age, with wisdom from the fruit of her life-giving labor. She prospers spiritually, enjoying what engulfs her, as she draws on a montage of memories visually represented by powerful editing. They reassure her, as they remind her that her soul raised toward heaven with her feet on the ground creates a bridge between this life and the one to come.

Scene Five: As the light dims on her life, the woman, now in flowing black with the texture of experience, takes one last run and her spins begin to slow. She is vigilant as she pursues the final movement, the continuation of life, knowing it is time for the Mortuary Period to transform her. Like a swan, she gracefully lowers to the ground and lies down to eternal rest. Then at last, she is lifted up, skyward, to take her place in the heavens, welcoming the Afterlife, because she knows the cycle of life will continue to revolve for eternity.